In digital audio systems, the TORX173 serves as a Fiber Optic Receiving Module. The stabilized output may be adjusted throughout a wide range of optical power levels thanks to its automatic threshold control circuit. Fiber optic interconnection is supported and follows the JEITA standard CP-1201 for digital audio interfaces. 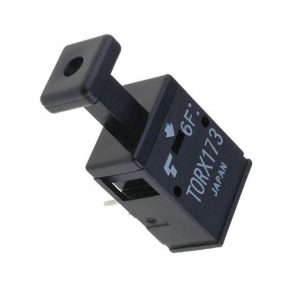 What is Fiber-optic communication?

Information can be transmitted from one location to another via a technique known as fiber-optic communication. This technique involves passing pulses of infrared light over an optical fiber. Information can be transmitted via modulation of the light, which acts as a carrier wave. When there is a requirement for high bandwidth, a long distance, or immunity to electromagnetic interference, fiber is preferable to electrical cable. This communication mode can transmit speech, video, and telemetry over long distances or within local networks.

Optical fiber is the medium of choice for the transmission of telephone signals, internet communication, and cable television signals by many telecommunications firms. Through fiber-optic communication, scientists at Bell Labs have achieved a record bandwidth–distance product of more than 100 petabits per second.

What are fiber optic Transmitters?

Semiconductor devices, such as light-emitting diodes (LEDs) and laser diodes, are the types of optical transmitters most of the time. The light emitted by LEDs is not coherent, but the light emitted by laser diodes is coherent. This is the primary distinction between LEDs and laser diodes. Semiconductor optical transmitters must be both efficient and compact in their architecture and directly modulated at high frequencies to be used in optical communications. Additionally, they must function within an optimum wavelength range.

An LED, in its most basic form, produces light through electroluminescence, which involves the spontaneous emission of light. The light emitted is incoherent and has a relatively wide spectral width of 30–60 nm. Due to their extreme spectrum widening, LEDs are much more prone to fiber dispersion, drastically lowering the data rate-distance product they can produce. LEDs are most useful for applications involving local-area networks, with bit rates ranging from 10 to 100 Mbit/s and a transmission range of a few kilometers.

The transmission of LED light is inefficient, converting only approximately 1% of the input power, or around 100 microwatts, into launched power that is eventually linked into the optical fiber.

LEDs that use numerous quantum wells to generate light at different wavelengths over a large spectrum have been developed. They are currently used for applications involving wavelength-division multiplexing (WDM) in local areas.

LEDs have been mainly replaced by vertical-cavity surface-emitting laser (VCSEL) devices because of the latter’s superiority in terms of speed, power, and spectrum features while maintaining a comparable price point. On the other hand, LEDs have a reasonably straightforward construction, making them particularly well-suited for applications requiring little expense. The VCSEL, Fabry–Pérot, and Distributed Feedback Laser classes of semiconductor laser transmitters are the most often encountered types in fiber optics.

In contrast to other types of lasers, semiconductor lasers produce light through a process known as stimulated emission rather than spontaneous emission. This gives semiconductor lasers a high output power (around 100 mW) and other advantages associated with the nature of coherent light. Because the output of a laser is relatively directed, it is possible to achieve high coupling efficiency (about 50%) when transmitted into a single-mode fiber. The typical VCSEL devices pair very well with multimode fiber as well. Because it lessens the impact of chromatic dispersion, a narrow spectral width makes it possible to utilize high bit rates in digital transmission. Additionally, since recombination only takes a brief period, High frequencies enable direct control of semiconductor lasers.

The amount of light emitted by laser diodes is frequently directly modulated. The light output is managed by a current supplied directly to the device. Continuous wave operation of a laser source is possible, and the light can be modified by an external device known as an optical modulator. This equipment includes an electro-absorption modulator and a Mach–Zehnder interferometer. External modulation eliminates laser chirp, which increases chromatic dispersion in the fiber and widens the linewidth in directly modulated lasers. This increases the maximum link distance that may be obtained.

What is fiber optic Receivers?

A photodetector, which uses the photoelectric effect to convert light into electricity, is the primary part of an optical receiver. Indium gallium arsenide is used to make the main photodetectors for telecommunications. Typically, a semiconductor-based photodiode serves as the photodetector. Avalanche photodiodes, p-n photodiodes, and p-i-n photodiodes are a few different forms of photodiodes. Metal-semiconductor-metal (MSM) photodetectors are utilized in regenerators and wavelength-division multiplexers. Photodetectors are commonly linked with a trans-impedance amplifier and a limiting amplifier to create a digital signal in the electrical domain from the incoming optical signal. While traveling through the fiber, light may be attenuated and warped. It is also possible to use additional signal processing before the data is delivered, such as clock recovery from data carried out via a phase-locked loop.

Optical transmitters and receivers are the focus of this. In the absence of a laser source and electronics for signal conditioning, the fiber optic source employed in the transmitter is an LED. Fiber optic receivers take in the light signal from a FOC, decode the binary data, and then transmit the decoded data as an electrical signal.

An electrical signal can be used to send data from an LED source to a transmitter. The binary data is then taken and transmitted in the direction of a light signal.

FOC can be used to transmit the light signal till it reaches the receiver. The operator can then study the binary data once the receiver receives a light signal and decodes it back to an electrical signal. One type of equipment that combines the transmitter and reception operations is a transceiver of FOC.

TOSHIBA’s TORX173 components can be purchased through ICRFQ. Electronic components from the world’s top manufacturers are available here, in a wide price range and with a wide range of features. All ICRFQ TORX173 components are hand-picked after extensive testing, and they are subjected to rigorous quality control to ensure they consistently exceed expectations.